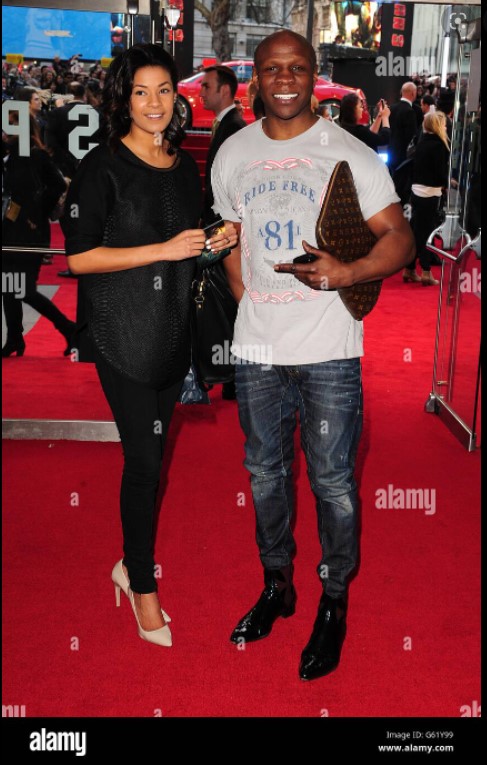 Frank Smith: ‘I called Eddie Hearn tight – eventually he gave me a job’

On Saturday night, amid the bedlam of a sold-out crowd of 60,000 as Oleksandr Usyk and Anthony Joshua make their extravagant ring walks at the Tottenham Hotspur Stadium, Frank Smith will keep scanning the arena in his quietly relentless way. Four months of grinding work will not be done as Joshua and Usyk prepare to trade blows in an intriguing and lucrative world heavyweight title fight which Smith has been negotiating, planning and organising in his role as the head of boxing at Matchroom Sport.

“I tend not to watch the fight much,” Smith says. “I’m never really happy. I walk around the venue saying: ‘Don’t like that, change it, move this …’ At the end I say: ‘That’s another one done. We learnt a little more and move on to the next one.’ Saturday is huge but next week it’s Milan, followed by Liverpool, America, Mexico, London. We’ve got a show every weekend until 18 December.”

Smith is only 29. He left school at 16 after beginning work experience at Matchroom two years earlier. This week he helped to seal the deal confirming that Joshua has committed the rest of his career to Matchroom in a contract which will earn both parties hundreds of millions of pounds.

Eddie Hearn, who replaced his father, Barry, as chairman earlier this year, remains the promotional face of Matchroom. With more than a million followers on both Twitter and Instagram, the garrulous Hearn Jr dominates British boxing while making serious inroads into the sport globally. But Smith is a key presence in the day-to-day running of the business, which currently promotes 105 professional boxers, while being responsible for so many facets of each promotion from financial deals to legal contracts to fight logistics. Few people will notice Smith on Saturday night but the success of the event will owe much to his low-key presence.

For a man who was mocked at school as Fatboy Frank, this unobtrusive role suits Smith’s grounded character. “A lot of people say I’m quiet because I’m around two big characters in Barry and Eddie,” Smith says. “I go into meetings, sit back, listen, let them talk a lot and then I get on with it and do what I do best. I’ve learnt a lot and it works quite well.

“When I was 14 I was bouncing up and down, wanting to talk to everyone. But in business so many people who want to be the loud one don’t really know what they’re talking about. I like offering input where I add value. We’ve got 40 people in our boxing department and you have to let people who are good at, say, PR or events, do their jobs. That’s how you get the best from them.”

Smith and I met twice for this interview. The first hour-long conversation was three weeks ago at the company headquarters in Brentwood as Smith described how he had blagged his way into Matchroom. “My full-time job here began 13 years ago today, on 1 September 2008. But I met Eddie two years before when I was 14. My grandfather had died and my dad threw a party in his honour. My dad’s business partner was one of Eddie’s best friends. Eddie had come to the party because my stepdad also sold cars to him. I’d gone up to Eddie and sold him 20 quid’s worth of charity raffle tickets. I didn’t have a clue who he was. My stepdad’s gone: ‘That’s the guy with the Bentley outside.’ I went up to Eddie, called him a tight bastard, got 50 quid out of him, got his business card and pestered him constantly until I got work experience.

“I thought he was a cool geezer so I was on him every day saying: ‘If you don’t give me a job, I’ll go somewhere else.’ He said: ‘Mate, go do something else.’ But I wouldn’t give up and so they put up with me. Barry came in one day and I was sticking stickers on 500 Prizefighter hats. He said: ‘You should have gone to college, son.”

Barry Hearn recently told me that Smith is even better than their corporate lawyers when drawing up and checking contracts for multimillion pound deals. But Smith explains how his meteoric career almost collapsed before it had started. After work experience he finally snared himself a formal job interview at Matchroom. He set off very early one morning to catch a train from Chelmsford to Brentwood. “I got to the station and suddenly saw I’d forgotten my wallet. We didn’t have Apple Pay back then and so I had no way of getting a ticket. I remember crying, which seems to have been a constant in my early days.

“I’d been thinking: ‘You’ve got an opportunity here, don’t fuck it up.’ I’d fucked it up even before we started. But then I found a very nice man at the station. He was a businessman, on his way into the city, and he gave me £15. Nine quid for the train ticket and some more money for the cab as well. I wish I knew who he was because I’d like to buy him a few drinks.”

Two months later, Smith thought he was about to lose his new job of making tea and doing odd jobs. After a Matchroom poker event which finished at 3am the teenager switched off his alarm the next morning. He woke again only when Hearn called him at 10.30am to find out why he wasn’t working. Smith started crying but he made it downstairs where he was given a tedious work task. “I’m keeping my head down,” Smith recalls, “and then Eddie walks in. He doesn’t even talk to me. He just drops a letter over my shoulder. I open it, and it’s a final warning. I started crying my eyes out. I got back to the hotel in the evening and rang my mum. I’ve gone: ‘Mum, I’ve messed up.’ And she went insane with me. She knew this was such a chance for me and sorted me out.”

Since Barry Hearn’s retirement in April, the importance of Smith to Matchroom has become public knowledge. Eddie has replaced his dad as chairman which means that Smith is now head of boxing. We meet for a second time this week, at the O2 on Tuesday evening, where Joshua and Usyk do a media workout. Smith quietly ushers me away from the hoopla so we can find a room to catch up on the details of the new Joshua deal. “I’ve been working on it for five months with Freddie Cunningham [who heads Joshua’s management company] and Anthony’s legal team. It’s been a lot of work but it shows the partnership we’ve built over the years.”

Was Smith always confident Joshua would stay with Matchroom? “This is the fourth contract we’ve signed with him. Anthony has always been loyal and I think he’s happy. We’ve both done a good job for each other and he deserves a lot of credit for where the sport is today. I remember taking him for his first medicals in July 2013 when we signed him. I was 21, he was 24. It was just the two of us going to Harley Street, getting everything done. That was the start of the journey we’ve been on to get to where we are today. Everyone in our team has come a long way since then, including Eddie.

“We’ve learnt so much, built so much, and it’s great to take something right to the very end because when do you see that in boxing? Anthony’s the biggest star in world boxing and his next steps are going to be important ones. But his mind is focused on the weekend. He needs to get the job done and then we can look ahead to exciting times.”

Smith is engaged to Emily Eubank, the daughter of Chris Eubank Sr. “I met her when her brother Chris Jr was fighting on one of our cards in 2015. I thought: ‘She’s quite attractive. So anything she wants, I’ll do it for her.’ She thought I was the tea-boy – and I probably was still half a tea-boy back then – but I was working on events. She was saying: ‘Right, I need these tickets taken here, I need this done.’ I did everything she wanted and then, after the show, I walked into the bar at 12 o’clock. She was sitting there with two of her friends. I went over to them and said: ‘Drink, girls?’ She thought I was a complete idiot but I still got to take her to the casino and she had a go at me for losing 20 quid. But I had her number by then and I was persistent – the same way I was getting the job with Eddie.”

Have they made any wedding plans yet? “Not yet. But it’s going to be fun. Father of the bride speech by Chris Eubank Sr. Best man speech by Eddie Hearn. I’m not sure which will be longer. We’re just deciding who we’re selling the broadcast rights to …”

Smith smiles before explaining how he and Hearn work so well together. “Eddie’s strength is the talking, so he’s great when he tells people the vision and the plan. I work closely with him around the numbers and making sure that it all stacks up because we have to look at it as a business as well. This company has grown so much over the last 30-odd years and now we want to expand even more in our existing marketing and into new territories.

“We’ve done well in America for example. I remember we signed [the American fighter] Danny Jacobs in 2017. We announced it in LA and Eddie turned to me afterwards and went: ‘Good luck.’ He was going back to London and I was flying to New York to get all the plans in place for the first show. I was just 25 and I’m sitting there thinking: ‘I don’t know what I’m doing.’ We’d only done shows in the UK at that point. Next thing I’m working on a contract with this guy in America and thinking: ‘What am I doing here?

“The US is never easy. It’s so huge. Every state is like a country. But we’ve done OK and this year we promoted Canelo Álvarez, who is obviously such a huge star in America and Mexico, and we sold out the Dallas Cowboys Stadium. It was an amazing night, massive crowd, great viewing numbers, but it didn’t make us think we’d made it in America. It was just the moment where we went: ‘Good, we’re on the right track. Now we need to carry on from there and keep building.’ It will be exactly the same after Joshua and Usyk on Saturday night. We’ll put on a great show and then we pack up the travelling circus and move on to the next one. It’s the only way to keep building momentum for us and for boxing.”