Father God may you send the Angels.

And, have them stay a little longer than they have been staying! 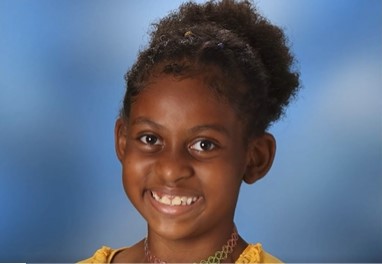 Sophia was reported missing to the Hayward Police Department on March 8 after her grandmother received a disturbing phone call from the girl’s mother.

“Samantha called (the grandmother) and said, ‘I’m going to come visit you today or tomorrow and this time I won’t have (Sophia) with me. It will just be me and you, like it used to be.”

Alarmed, the grandmother asked, “Where is Sophia going to be? What did you do with her?” Harris said.

“Samantha said, ‘I got rid of her. I was tired of her,’” according to Harris.

Sophia lived most of her short life at her grandmother’s house in Hayward.

“Her grandma raised her, cared for her, enrolled her in school. They had such a strong relationship. Sophia loved her grandma and her grandma loved Sophia. And they were doing well until Samantha came last year and took her away,” Harris said.

“(Johnson) was involved in illegal activities, she had been known to go in and out of prostitution. We did not know who Sophia’s biological father was, even to this very day,” Harris said.

Last year, Johnson decided that she wanted Sophia to live with her and Jackson. Family members asked the mother why she suddenly wanted to remove the girl from her grandmother.

“The only thing that she said was that she had a new boyfriend, Dhante Jackson, and that he wanted to meet Sophia. This guy specifically asked for Sophia,” Harris said.

Johnson’s sister, Emerald, tried to gain legal custody of Sophia because she was concerned for the girl’s safety.

Emerald filed a report with Alameda County CPS saying her 31-year-old sister was mentally unstable, worked as a prostitute, was periodically homeless, and hung out with bad people.

In response, CPS met with Johnson and Sophia in a park in Hayward, Harris said.

“It was the first time (Sophia) had been seen since she was taken. Her legs were filled to bruises and scabs. She said her mommy and her mommy’s boyfriend were beating her. She said, ‘they are hitting me with belt buckles,’” Harris said.

According to Harris, CPS allowed Sophia to return with her mother back to Jackson’s house.

KRON4 asked Alameda County CPS to comment on how it handled reports about Sophia.

Johnson stayed at a women’s shelter in San Leandro with her daughter last year. When shelter workers realized that the mother was neglecting to feed her daughter meals, they also called CPS, Harris said.

“The question we are all asking right now is what does it take for CPS, for the police, to stop abuse from happening? They never made sure Sophia was OK,” Harris said.

Harris wiped away tears and said, “She was taken from us, and she had a lot more life left to live.”

According to the Hayward Police Department, the last time Sophia was last seen alive was in December while in the custody of her mother.

Detectives found Johnson in Newark on March 10 and questioned her about her daughter’s whereabouts. The mother gave inconsistent answers, and she was arrested two days later, investigators said.

According to the Merced Sun-Star newspaper, Johnson told police that her boyfriend kept her daughter in a shed outside of Jackson’s house, where he sexually and physically abused her.

Jackson went on the run before homicide detectives served a search warrant inside his Merced house and found the girl’s body, according to investigators.

Investigators have not said exactly when or where Sophia was killed.

Harris had strong words for Jackson this week.

“First of all, turn yourself in,” Harris said. “Second of all, how dare you. That little girl was loved and she was precious. There’s no reason, no reason at all, to hurt a child. Not for money, not to keep your secrets, not for anything. If there is one fiber of morality in you, then turn yourself in to police.”

A candlelight vigil was held at Hayward City Hall for Sophia on Saturday.

Johnson is being held behind bars with no bail. She is slated to enter a plea when she is arraigned on March 28 in Merced Superior Court.