On the morning of Saturday, January 8th, 2022 motorists on 110 Highway discovered a young girl’s body on a side of the onramp.

The discovered body was IDed to be Tioni Theus. 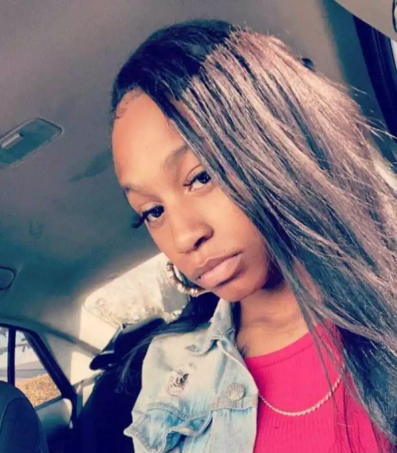 The reward could grow to $110,000 for information about the killing of 16-year-old Tioni Theus

The Los Angeles City Council is considering a $50,000 contribution, and the L.A. County Board of Supervisors will pitch in $10,000.

Tioni’s body was found near a 110 Freeway on-ramp in South L.A on Jan. 8. She had been shot in the neck.

Her family members and others have questioned why the killing of a young white woman, Brianna Kupfer, initially received more media attention and prompted a $250,000 reward.

On Wednesday, L.A. County Dist. Atty. George Gascón said Tioni may have been the victim of human trafficking.

“This speaks as to why we need to do more for survivors of human trafficking, especially children who are exceptionally vulnerable to the coercive tactics of traffickers,” Gascón said at a news conference.

“Time and time again, missing and victimized Black women and girls are overlooked and lacked the appropriate media attention in comparison to their counterparts,” L.A. County Supervisor Holly Mitchell said.

Mitchell added it’s important that Black girls like Tioni do not also become victims of racial bias that paints them as more mature adults. That, she said, can lead to less public outrage and less media coverage.

California Highway Patrol Asst. Chief Jesus Holguin said the investigation into Tioni’s killing is moving forward in a positive direction, with an update expected to be announced in the near future.

“I’m hopeful that our community will come through for us and provide us some information,” Holguin said.

Newsom’s office said Wednesday that it would chip in $50,000.

On Tuesday, L.A. City Councilmembers Curren Price and Marqueece Harris-Dawson introduced a motion for a $50,000 reward for tips leading to the arrest and prosecution of Tioni’s killer.

Also Tuesday, the board of supervisors unanimously passed Mitchell‘s motion for a $10,000 reward.

The City Council’s motion is expected to go to a vote next week.

“Tioni was a young lady with so much promise, joy, and spirit, with God-given gifts and talents to give to the world. She had so much to live for and countless unfinished dreams,” Price said in a statement. “It’s disheartening to know that the person or persons responsible for her killing are still on the loose while a family and the entire community continue to grieve in search for answers.”

There was some initial confusion about the city’s role in the reward because Tioni’s body was found on state property, Price said. He hopes the reward money encourages someone to come forward and lead the police to Tioni’s killer.

“There’s an outrage by the community, outrage by her family and, frankly, outrage from me,” Price said. “No mother or father should have to carry the burden of not knowing what happened during the final moments of their child’s life.”

Senia Theus, Tioni’s cousin, cried tears of joy Tuesday when she learned that a reward would be offered.

“Everything made her laugh. She was a bundle of joy, real bubbly and friendly,” Theus said. “She was very goofy, happy. She was always smiling, even when she was crying.”

The California Highway Patrol is investigating the teen’s killing with assistance from the Los Angeles Police Department. A motive has not been determined, and no suspect identifications or vehicle descriptions have been released.

Tioni was last seen Jan. 7 leaving her father’s house in Compton. She told him she was meeting a friend to go to a party, but she never returned.

Her family described the girl as vibrant, energetic, and intelligent but said she suffered a traumatic episode after her mother was severely injured in a hit-and-run crash that left her physically and mentally disabled.

Tioni’s cousin Nafeesah Kincy said the teen had met a man in his 20s on Instagram who pulled her into sex trafficking.

“We’re definitely not pretending that Tioni was an angel. She faced trauma,” Kincy said. “I want to humanize her. I don’t want her to be seen as a prostitute or a runaway or somebody that people feel like, ‘Oh, well, they live that lifestyle.’”

Theus, however, said she does not think her cousin was being trafficked for sex.

“I’m not going to make it and say my baby was perfect, but not horrible either,” Theus said. “She was taken away too soon. We were always fighting for that kid. We just wanted her to be a teenager.”

Tioni had talked about going into nursing because she wanted to help her mother recover from her disability, Theus said.

Harris-Dawson, who co-sponsored the City Council motion, said news outlets have been quick to devalue Black women and girls when they are victims.

“The underlying subtext of their thinking is distilled into worthiness; a young Black 16-year-old can only be exploited and trafficked,” Harris-Dawson said in a statement. “Today my colleagues have joined me in introducing a reward motion that crosses county, city and district boundaries to encourage anyone who knows the perpetrator to come forward and bring peace to Tioni’s family, friends and our South Los Angeles community.”

Family members held a vigil near where the body was found to bring attention to Tioni’s killing. At the time, many were questioning why a large reward was being offered in the Kupfer case yet none had been discussed for Tioni.

Kupfer was stabbed in the Hancock Park furniture store where she worked, several days after Tioni’s body was discovered. The suspect in her slaying was arrested one day after Councilmember Paul Koretz made a motion for the city to offer a $50,000 reward for information leading to the arrest and prosecution of the killer. The amount was increased to $250,000 by contributions from the community.

Tioni Theus: Community calling for justice for teen whose body was dumped on side of 110 Freeway

Beloved, please keep this family in your prayers and thoughts.

Please let Heaven know and hear that she is cared for.

For those who know the family and those who come in contact with the family, please offer them tender care.

One thought on “Tioni Theus”