Inside the Hamptons House Where Kevin Durant Hosted N.B.A. Suitors in 2016

EAST HAMPTON, N.Y. — The client wanted a 10-day house rental in the Hamptons that offered privacy and proximity to East Hampton Airport. Several important guests would be visiting.

The real estate broker handling the account lined up three options. The first one she showed the client’s manager was a farmhouse built in the 1800s. The door frames were deemed too low.

“We would cut to the chase much better if I knew who it was,” said the broker, Renee Gallanti, recalling how she was not told at first who the client was for that house-hunting mission in 2016. “At first they tried to give very little information at all. And after we got to the first house and the ceilings were too low, we shifted gears.”

The client, she soon learned, was Kevin Durant, the 7-foot N.B.A. All-Star. He was about to become a free agent for the first time — and would soon find himself at the heart of a courtship unlike any the N.B.A. had ever seen.

Durant ultimately picked the Golden State Warriors, a seismic decision for the league, and is expected by many to win a second consecutive title with them next month. Their lineup of Stephen Curry, Klay Thompson, Draymond Green, Andre Iguodala and Durant was nicknamed the Hamptons 5 — a label that has gained popularity during these playoffs and serves as a nod to those who joined team officials in East Hampton in the summer of 2016 to recruit Durant. 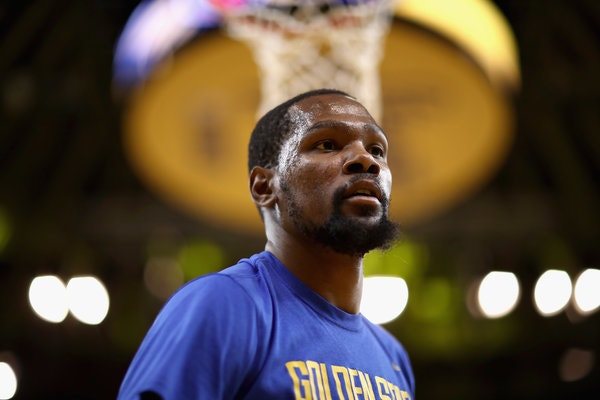 Kevin Durant joined the Golden State Warriors after his contract with the Oklahoma City Thunder expired. 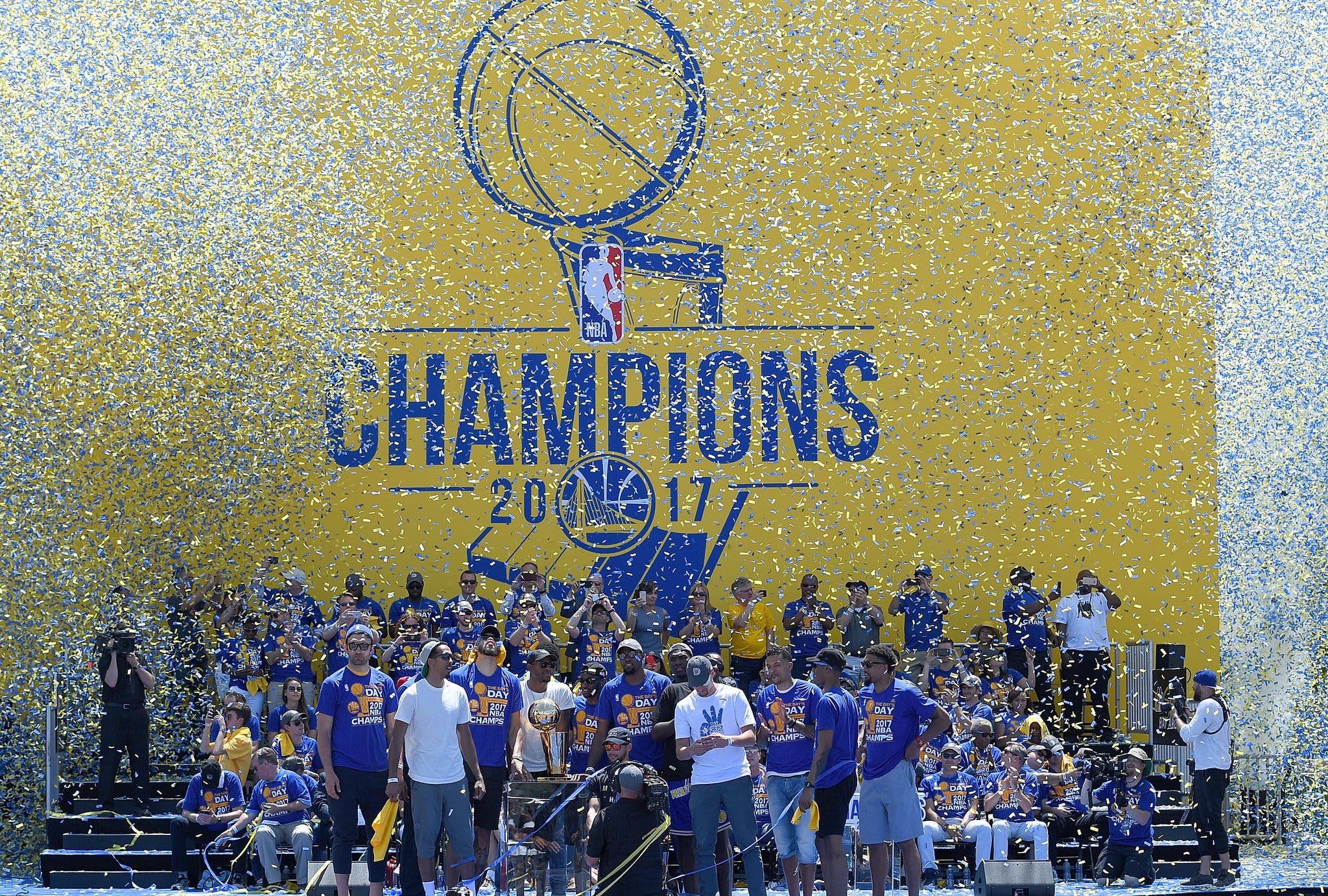 His first season with the Warriors ended with an N.B.A. title.

But the precise setting for Durant’s meetings with his coveters has remained undisclosed until now. It all happened at 189 Further Lane, a five-bedroom, 7,400-square-foot estate one block from the Atlantic Ocean. If a Warriors fan who truly appreciates the significance of what happened on this property would like to own it as the ultimate souvenir, it’s on the market for just under $15 million.

Further Lane is not just any road in the Hamptons. Behind hedges dense and tall, its homes have long sheltered a mix of posh and artsy. Jerry Seinfeld, Jann Wenner and Larry Gagosian have or have had homes down the street that way. Jacqueline Kennedy Onassis’s childhood summer retreat, Lasata, is up the road the other way.

“As soon as Rich started walking towards the house, he was elbowing me,” Gallanti said, referring to Durant’s manager, Rich Kleiman. “He was like, ‘This is the house.’”

Kleiman and Durant had considered holding the meetings in Manhattan, Los Angeles or Washington, Durant’s hometown. But they chose the Hamptons for the sake of privacy and to shorten the commute for Durant’s and Kleiman’s East Coast-based families. This was especially important to Durant’s father, Wayne Pratt, who wanted to participate in all of the meetings. 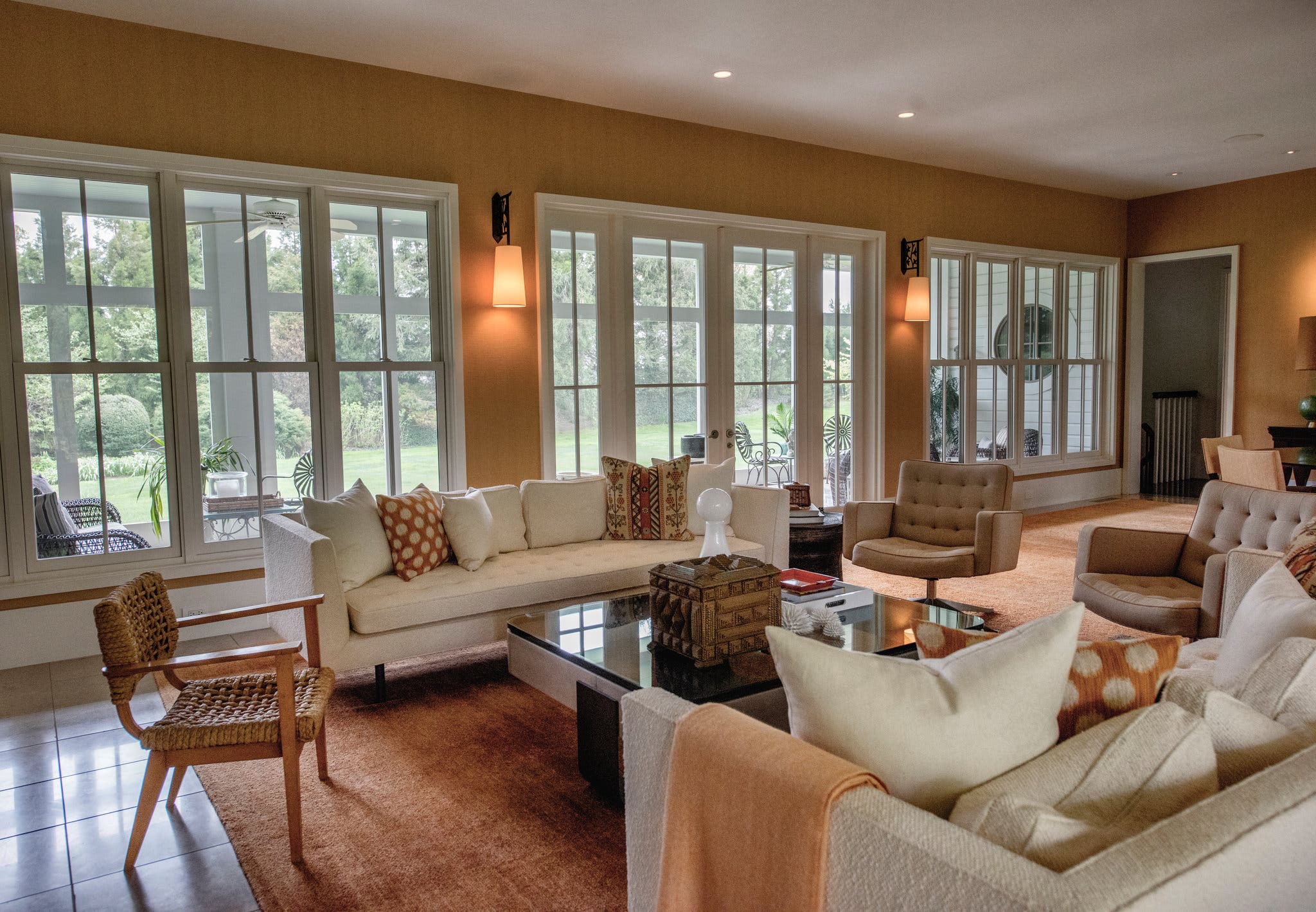 The property at 189 Further Lane is owned by Peter Wilson, a retired lawyer. 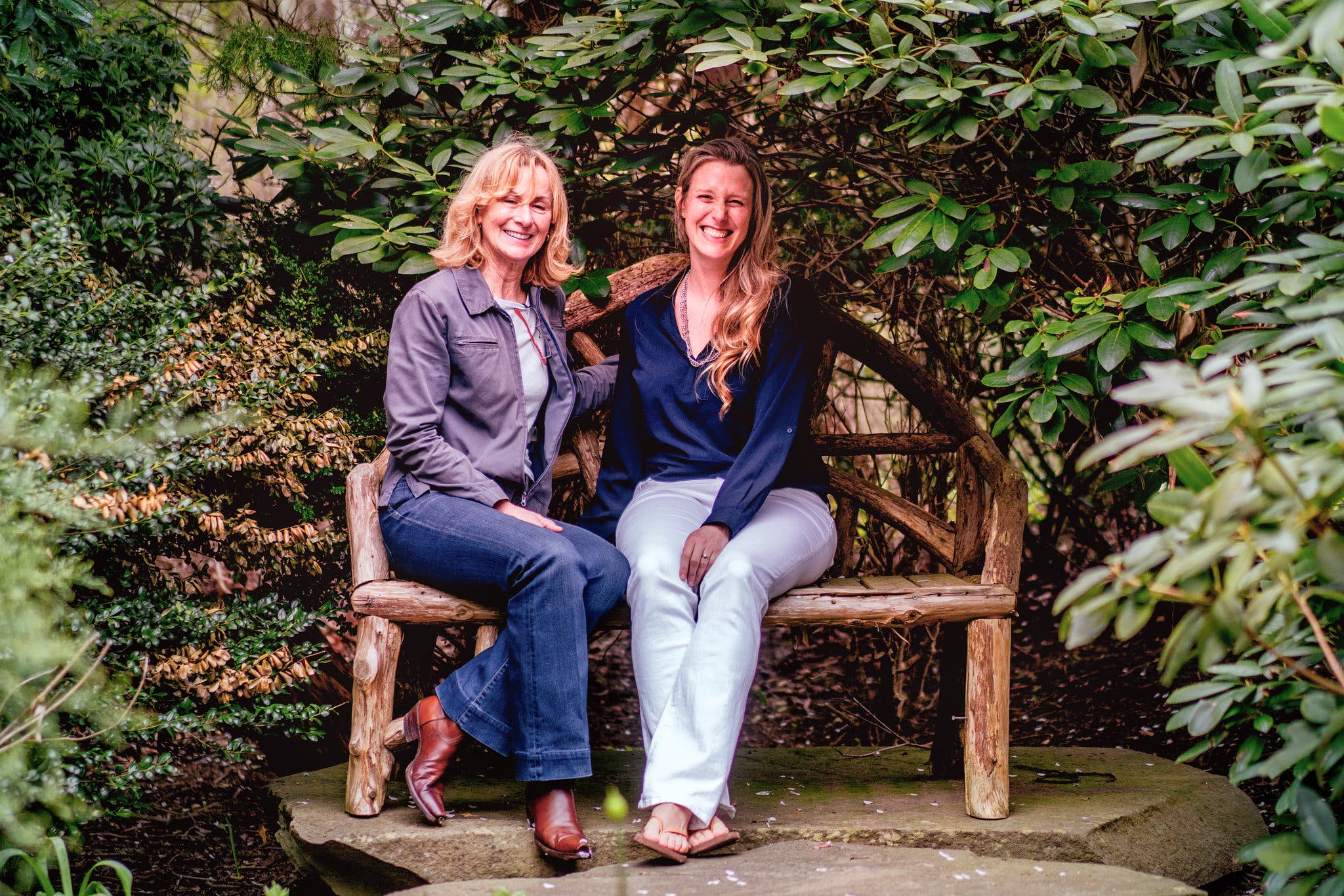 A Los Angeles broker working with Kleiman contacted Gallanti to help find a short-term rental in East Hampton. Gallanti was unaware that six suitors would be passing through: the Golden State Warriors, the San Antonio Spurs, the Miami Heat, the Los Angeles Clippers, the Oklahoma City Thunder and the Boston Celtics — who would have Tom Brady in tow.

The property at 189 Further Lane is owned by Peter Wilson, a retired lawyer, who had purchased the estate and built the existing house in 2004. The previous house at the address, according to Wilson and his realtor, Patti Wadzinski, was owned by a former mafia member. That house was nearly windowless, they said.

“That house was very, very private,” Wilson, 62, said in a phone interview.

The front door of the current home opens into a spacious living room with tan couches on the left and a large, round, black table with six chairs on the right — suitable for meetings with N.B.A. teams. It was in this room that the elaborate virtual reality presentation that the Warriors prepared for Durant, to give him a glimpse of what life at Oracle Arena would be like, malfunctioned. To their relief, Warriors officials later learned that Durant was happy to take advantage of the extra time to chat with his future Hamptons 5 colleagues and hear more from them directly about how they thought the partnership would play out.

The master bedroom, where Durant stayed, features a raised seating area and double doors that open onto a porch. The room has a queen-size bed, but for Durant’s stay arrangements were made to bring in a king size. 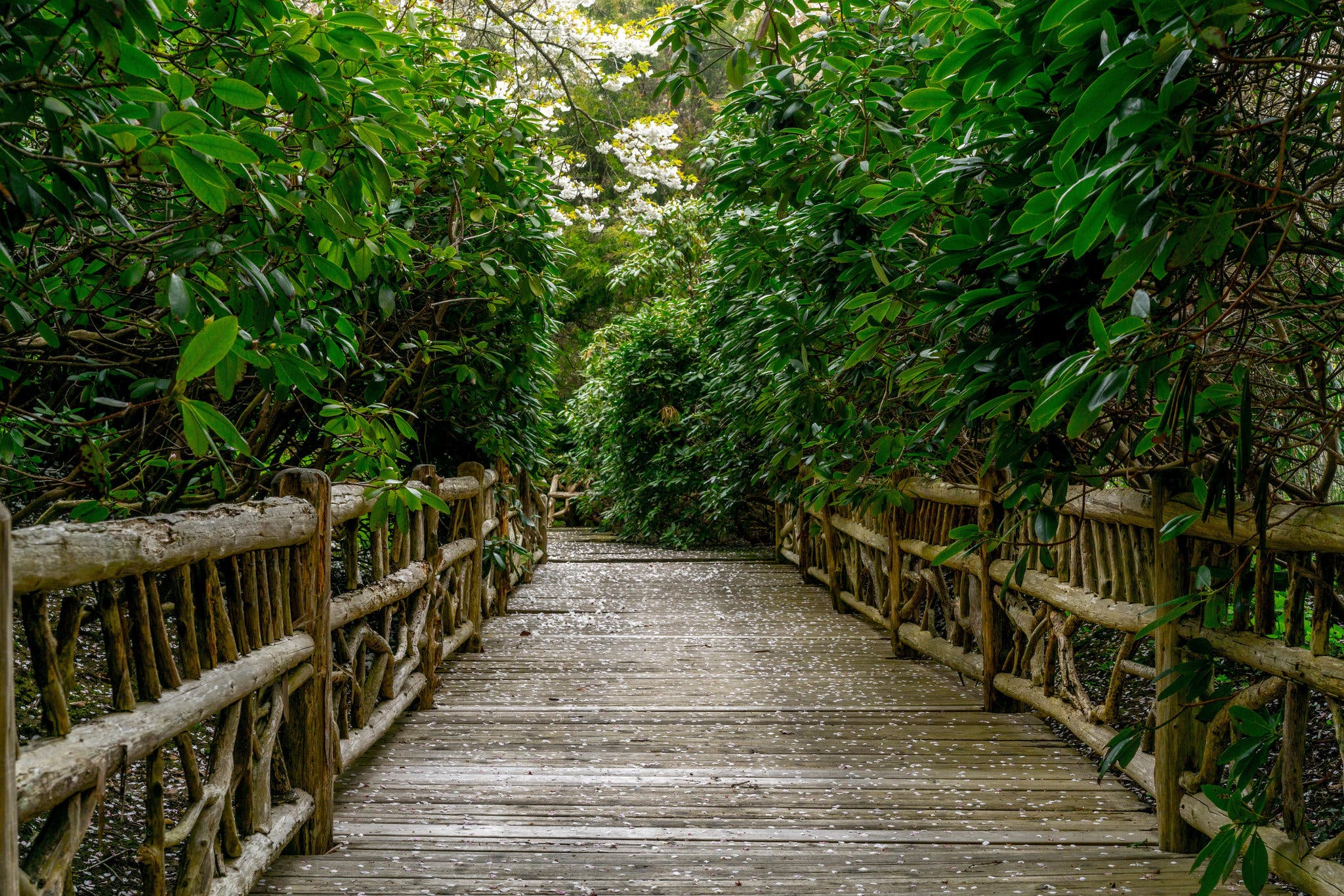 A cedar bridge on the property.CreditJohnny Milano for The New York Times 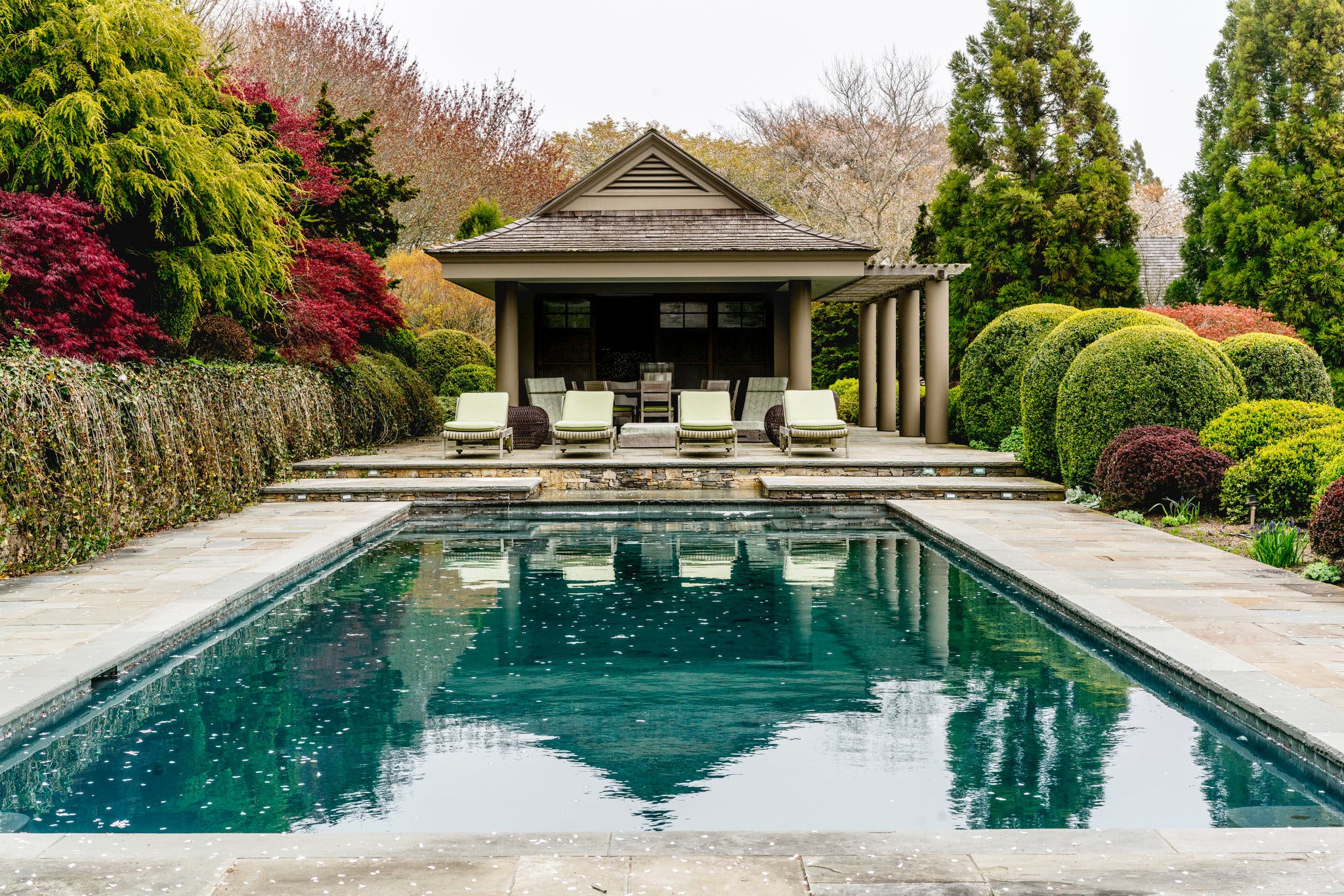 A 55-foot heated pool.CreditJohnny Milano for The New York Times

There is a large lap pool on one side of the house and a Jacuzzi on the other — both surrounded by vegetation maintained by staff. A cedar bridge connects the pool area to a grass tennis court.

According to Wadzinski, when the mafia member owned the house, what is now the tennis court was a house for the man’s girlfriend.

That bridge is where Durant stood with his arms crossed for a photographer that appeared on the Player’s Tribune website under the headline, “My Next Chapter,” announcing his departure from the Thunder and commitment to the Warriors.

The aftermath was a bit less glamorous for Gallanti and Wadzinski, who worked to preserve the secret nature of the location. Once Durant’s party departed, they dug through the trash cans to remove any documents or basketball-related materials that could have revealed what had happened at 189 Further Lane.

Wilson, meanwhile, didn’t know at the time what, exactly, was going on inside his home. He is not a big N.B.A. fan. But he has come to understand the magnitude of what happened on his property.

“It can become part of the lure as I try to sell my house,” he said.