During hard times we sometimes wonder what God sees and thinks.

Jacinda Ardern an elected politician knows a bit about been chosen.  I found out about her through 60 Minutes Australia.

Coverage of her and other areas is available here. 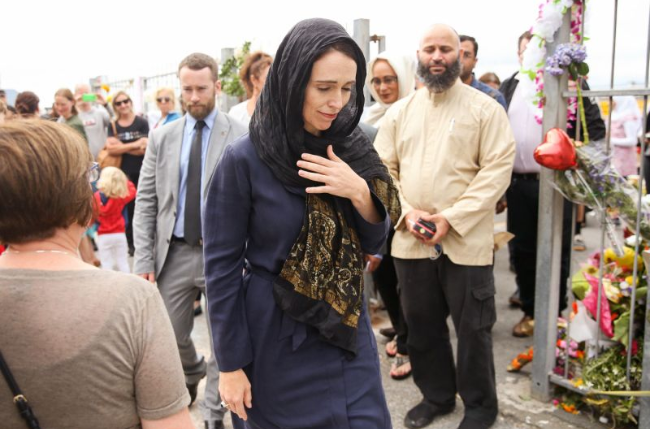 “He is a terrorist, he is a criminal, he is an extremist, but he will, when I speak, be nameless, and to others I implore you: Speak the names of those who were lost rather than the name of the man who took them. He may have sought notoriety but we in New Zealand will give him nothing – not even his name.”

I am not doing everything

“I don’t want to ever give the impression that I’m some kind of wonder woman,” Ardern said around that time as interest in her intensified, adding: “Or that women should be expected to do everything because I am. I’m not doing everything.”

“The prime minister, when she came wearing her scarf, that was big for us,” Dalia Mohamed, who was mourning Hussein Mustafa, her daughter’s father-in-law, killed alongside more than 40 people at Christchurch’s central Al Noor mosque, told media in New Zealand. Ardern met with families at the mosque over the weekend.

My take is that God sees people who get it wrong much more often than right.

Link
The Penitent Thief, also known as the Good Thief or the Thief on the Cross, is one of two unnamed persons mentioned in a version of the Crucifixion of Jesus in the New Testament. The Gospel of Luke describes one asking Jesus to “remember him” when Jesus will have “come into” his kingdom. The other, as the impenitent thief, challenges Jesus to save himself to prove that he is the Messiah.